In biology living creatures, or  called organisms, are placed in a classification system to help identify them within the scientific community. Carl Linnaeus is known as the ‘father of modern taxonomy’. He invented the ‘Linnaean taxonomy’ that zoologists and biologists adhere to.

There are many different orders of insects. The best known orders are the Lepidoptera (butterflies and moths), the Hymenoptera (which include bees, wasps and ants) and the Coleoptera (beetles).

The Hymenoptera means ‘married wings’.  Insects have two pairs of wings but in the case of the Hymenoptera, their wings are joined together by a row of hooks.   The wings are therefore married.

The Hymenoptera family of insects can be subdivided into a) sawflies, b) Apocrita.  The Apocrita can then be subdivided again into i. Parasitica – gall wasps and ii. Aculeata.  The Aculeata is where we find the bees, wasps, and ants and have certain characteristics.  They are all able to sting with a modified ovipositor.  All provide food for their helpless larvae.  A special feature about the Hymenoptera is that some species form colonies.  These colonies usually have only one breeding queen served by many sterile workers who are sisters to the queen.  A few male drones are kept for mating neighboring colonies.

Bees belong to a phylogenetic super-family of insects called the Apoidae which include over known 20,000 species. Bees can range in size from 2mm to 4cm.

This family is sub-divided into the suborder Apocrita (sometimes called the Hymenoptera).

The Hymenoptera or Apocrita means ‘married wings’. Insects generally have two pairs of wings but in the case of the Hymenoptera insects, they are joined together by a row of hooks.  The Hymenoptera also have a subdivision called Parasitica where gall wasps are to be found.

There are only seven honey bees and 44 sub-species of honey bees.

The honey bee classification is therefore as follows:

Within Apocrita there is a large family called the Apidae. There may be over 5700 bees within the Apoidea. Within the superfamily Apoidea is the Apidae bees. The Apidae family include the famous honey bees (Apis) and the bumblebees and cuckoo bees (Bombus and Psithyrus). Stingless bees, carpenter bees, orchid bees also belong to the Apidae. Most of these bees are pollinators.

Other members of the suborder Apocrita or hymenopterans include ants, wasps, and sawflies. Apini or Apis bees are honey bees that produce honey and wax.

Bees, like other hymenopteran insects, have their smaller membranous hind wings connected with hooks so that their wings form one functional unit.

Honey bees belong to a genus of bees called the Apis bees. They are also called the Apini bees. There are only 7 honey bee species. They can be subdivided into 44 sub-species or varieties of honey bees. Apis or otherwise known as Apis bees are honey bees that produce honey and wax.

There are slightly different varieties or races of honey bees. British honey bees are black. Italian honey bees are yellow with dark stripes yet they are both the same species Apis mellifera.

The honey bee can also be written as the honeybee. The honey bees are found in a group of insects in the family Apidae of the order Hymenoptera and include all bees that make honey.

There are seven honey making bees in the genus Apis but on a species level Apis melifera is the scientific name of the domestic honeybee which provides us with honey commercially and kept by beekeepers. This honey bee species is also known as the European honeybee or Western honeybee. All honey bees are eusocial insects that live in social communities in nests or beehives.

The honey bee is the most widely ranging bee across the world. The honey bee is only native to Europe, western Asia, and Africa. Honey bees have been introduced to American and Australasia. 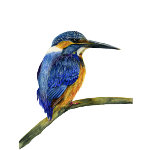